The Difference Between MMA and Krav Maga - UFC 259 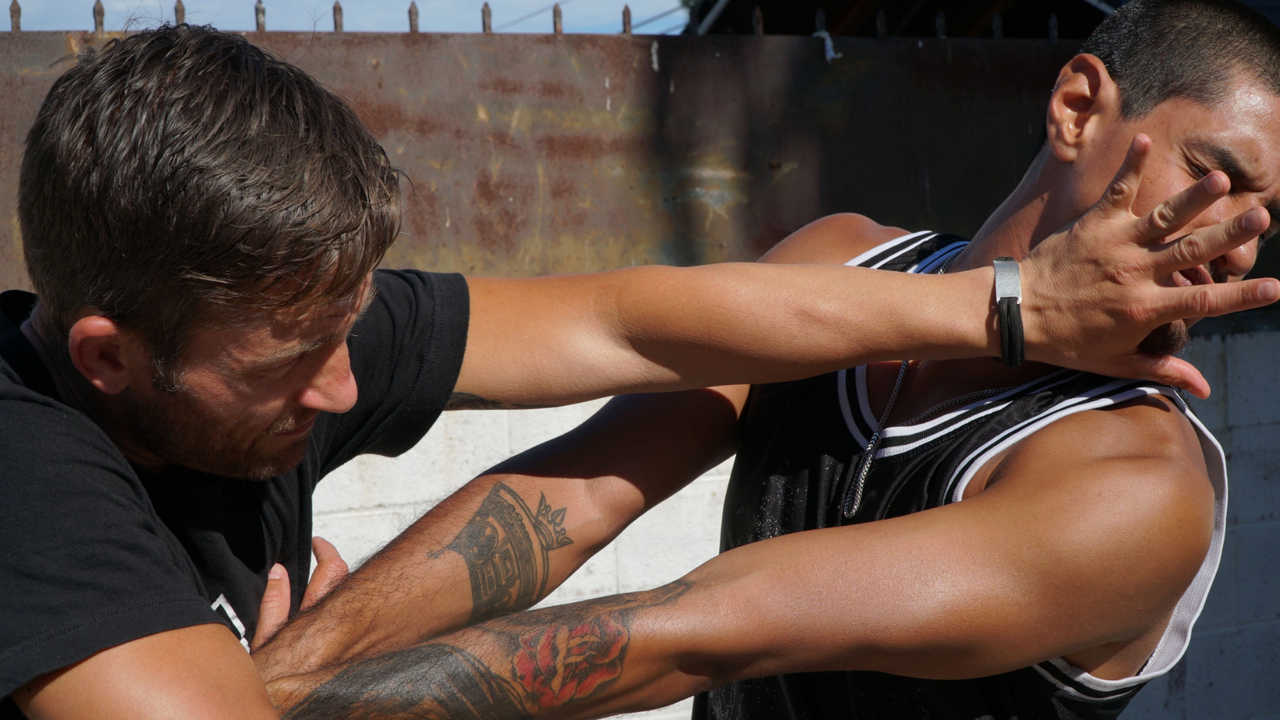 I often get asked why I do both MMA and Krav Maga and most of the time, people don’t really understand the difference. If you look at a lot of the combatives, strikes, defenses, etc, there’s a lot of similarities: Punches, kicks, knees, elbows, submissions and takedowns are all part of Krav Maga. Yet, they serve completely different purposes. Here’s the best explanation I can give:

Mixed martial arts is a sport. By nature, sports have confines, rules, regulations, and procedures. This is a controlled environment and because of that the athletes are still (relatively) safe. There is a referee, whose core job objective is to ensure a fight is stopped before too much or irreparable damage is caused to either party. You fight because you want to fight and if you fight professionally, you get paid to fight. When I would fight, I would sign a contract, I would know who I was fighting, what time we were fighting, at what weight and where we were fighting. I would have a ramp up time to train physically and prepare mentally. When I entered the cage, I had done that walk at least one hundred times already in my mind, visualising it. 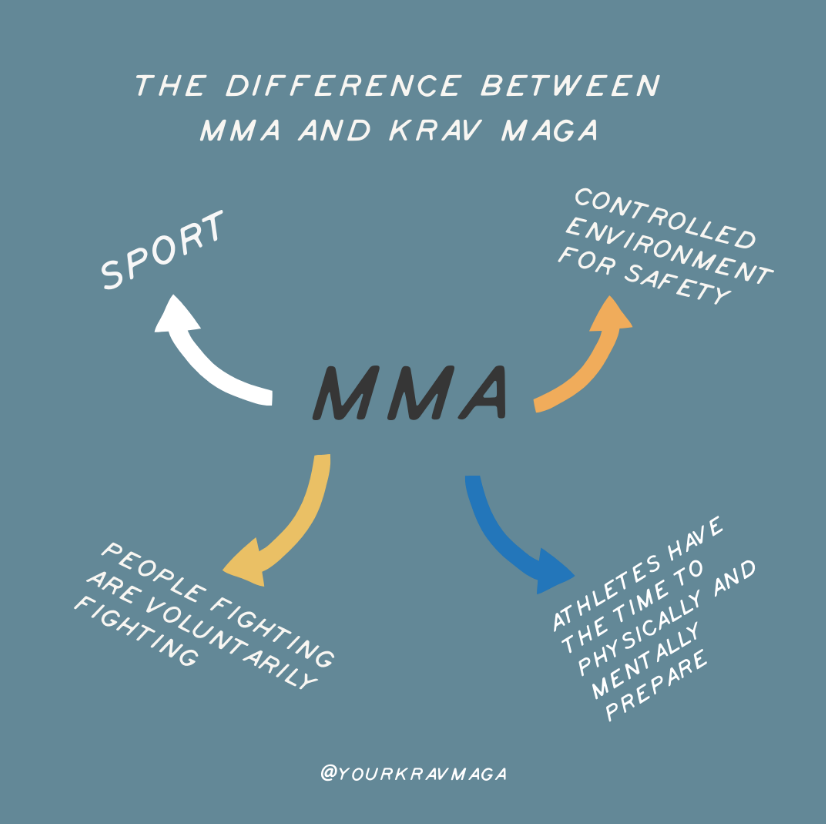 Krav Maga’s purpose and objective is self-defense. It is a fight one hopes will never come. It is a situation you wish to never have to face but should you, Krav Maga gives you the tools to defend yourself and your loved ones and give you the chance to get away as safely as possible. When it comes to self defense, things usually escalate very quickly and you don’t have time to prepare. You don’t have time to put your sneakers on and your kick-friendly pants. You don’t have time to warm up and stretch out but more importantly, your mind isn’t prepared for the situation. The situation is completely uncontrollable. From the moment things begin to unfold in a self-defense situation, you have no idea what to expect or what will come next. You must handle immediate and most grave threats first. You must instantly go to work to change the situation from being a victim to being the aggressor until you are afforded an opportunity to get out of the situation safely. 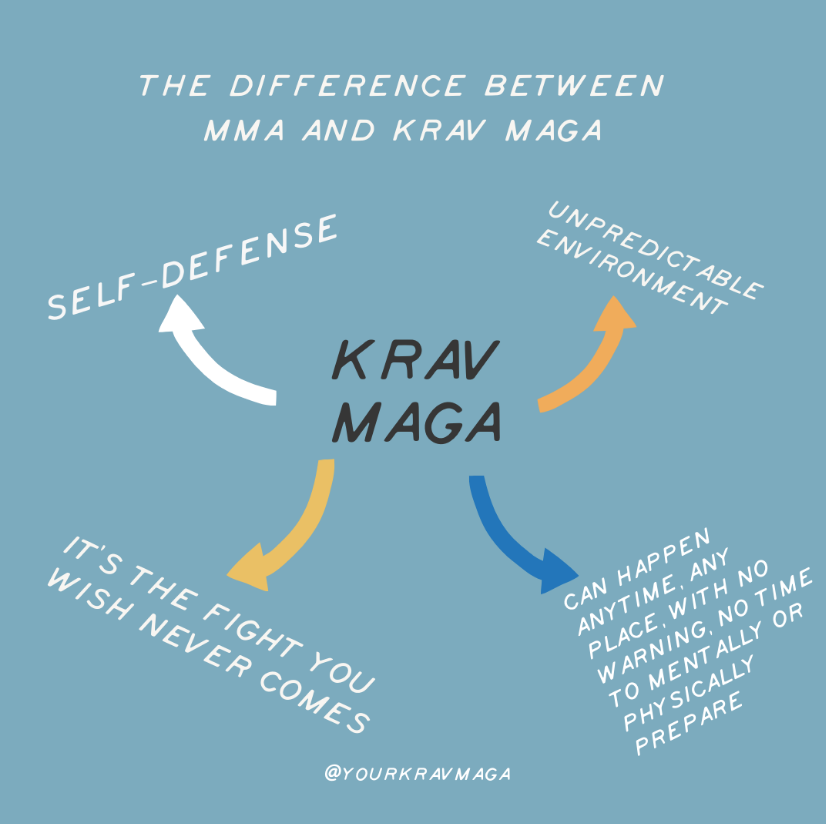 To summarize, in MMA you fight because you want to fight. In Krav Maga, it’s the fight you hope will never happen.

Over the past two weeks, we’ve seen some abrupt endings to the main events in the UFC, the largest MMA organization in the world. First up was the sad ending to the 135 pound title fight between Aljamain Sterling vs Petr Yan, which was the first time in the UFC’s history where a title was won by disqualification. In the picture below, you can clearly see that Sterling’s knee was touching the canvas and thus, the knee was illegal since in MMA, you can’t kick or knee a downed opponent to the head. “Downed opponent” is considered anyone who has any body part but the soul of their feet touching the ground. 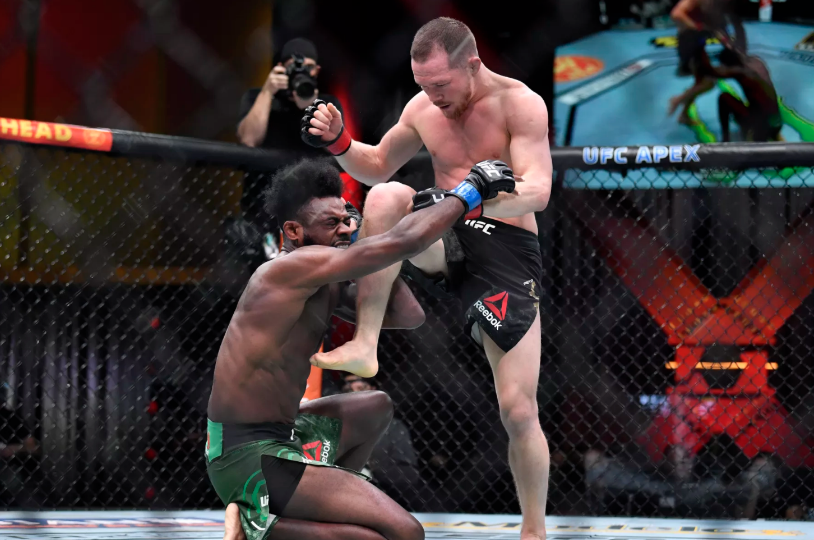 Then, during last weekend’s main event during UFC Fight Night 187 between Leon Edwards and Belal Muhammad, the fight ended abruptly due to a nasty eye poke which made it impossible for the tough Muhammad to continue. Due to the eye poke being deemed unintentional, the fight was declared a non contest. 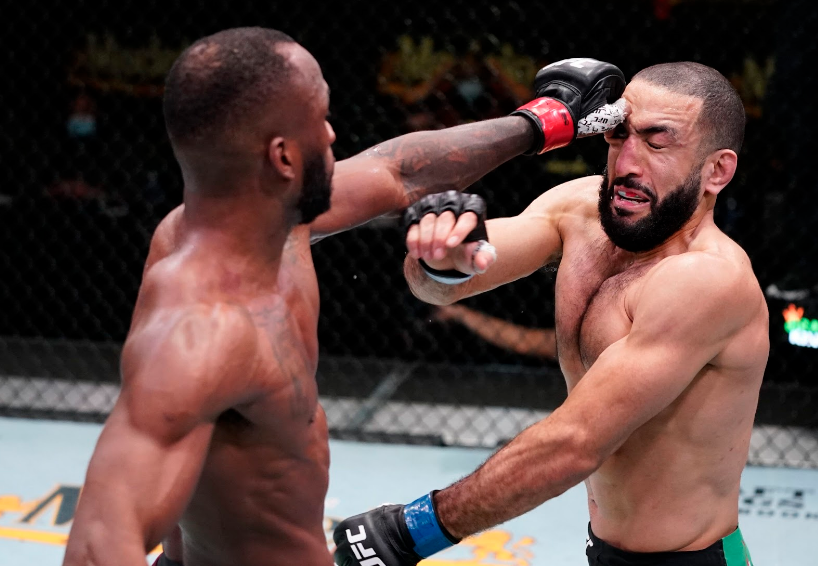 So what does the two fights have to do with Krav Maga? These two fights are important reminders of the differences between sports fighting and street self defense. Of course a trained fighter will do much better in a self-defense situation than the average Joe with everything else being equal but it is important to understand that the twenty seven rules that an MMA fighter has to follow are in place for the athlete’s safety, in order to minimize chances of permanent injuries. There’s also a third person inside that cage, the referee, who is there for the athletes’ safety. The referee is there to make sure the rules are followed and to step in and stop the fight if one of the combatants can no longer defend him or herself intelligently. In both of these fights, the referee had to step in and stop the fights due to the fighters not being able to continue fighting.

The human body can be conditioned to take a tremendous amount of pain. All professional athletes have a high pain threshold but fighters’ conditioned bodies are on a different level. You can condition your shins, midsection and ribs, even your head to take blows. However, no matter how good, strong or big you are, you can not condition certain areas, such as your groin and your eyeballs.

So to answer the question why I train both in MMA and Krav Maga: One is a sport that holds entertainment value.

The other is for the safety of both myself and my family’s. Although there’s a lot of similarities between the two, one has entertainment value, the other does not (note: mindset wise - the training in itself is a lot of fun!); One has rules, the other does not; One type of fight is something you sign up for, because you want to test yourself and the other is the fight you hope never happens.